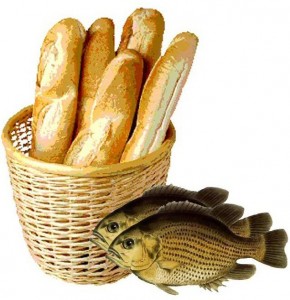 “And He (Jesus) said to them (his disciples), ‘Where can we buy enough food to feed all these people?’. Philip answered ‘For everyone to have a little, it would take more than two hundred silver coins (say roughly 10 grand in Dollars)’. And Andrew said ‘There is a boy here who has FIVE loaves of barley bread and two fish but they will certainly not be enough for all these people’. Cut the story short, the people were about 5000 (Five thousand) but they were fed from the expansion of Andrew’s “little” suggestion.

The scenario above can be likened to an organization. Jesus was at that time the Managing Director, the Clients obviously had demands that were more than what the organization could offer. Philip, the company’s business analyst, an expert at statistics estimated an amount far beyond the organization’s capital base. It took the intervention of Andrew an Innovator; One who could see a small strand of Solution from the Massive problem terrain. What he applied is what I call “The Andrew Dynamics”. You can apply it too.