Of Sharks and Remoras 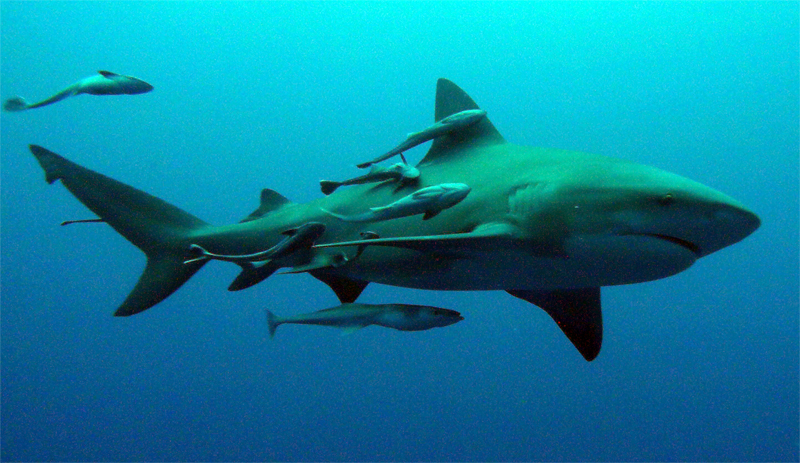 It was my secondary school biology teacher that first introduced the concept of Commensalism to me.

In a Commensal relationship, one party benefits immensely while the other is grossly unaffected. One of such notable relationships is that of the Sharks and the very tiny Remoras. By attaching itself to a leopard shark, a remora is carried along on the shark’s power. This allows the remora to “travel” to different areas without having to expend its own energy to swim. The shark is completely unaffected by the remora’s presence.

While the Shark technically swallows all other small Fishes it finds in its way, the Remora stays safe on the back of the Shark. Should a Remora decide to stay in the way of the Shark, instead of on its back, its automatically becomes “dinner” too.

Fast forward to a decade later, I am no longer an SSS 1 Biology student but I am seeing this principle come to play amongst humans in everyday life. Just like George Orwell, the Animal farm author rightly opined,

The seeming inequality amongst the sons of men is obvious. The bitter fact is no matter how much we preach Egalitarianism, we cannot make all men equal. But the Smart ones are finding a shortcut.

A number of Remora humans and Businesses exhibit non-chalant courageousness by not only standing in the way of the Sharks but technically calling a fight with the Sharks. Of course the outcome is obvious, only 1 or 2 out of say 100 of such Remoras will have a success story to tell.

Some other SMART Remoras will “PiggyBack” on the back of the Shark and conveniently Swim with the Sharks until they have gathered enough strength to become a “Sharky-Remora”.

The BIG Question is “Are you Swimming with the Sharks or Standing in their ways?”.

BTW Even Sharks have Bigger Sharks and of course Whales to contend with. It wouldnt be a bad idea if a Shark also piggyback on a Whale.

It is called LEVERAGE and it provides TRACTION.

I swim with the “goddamn” Sharks.

www.seunogunmola.com.ng
previousOh God of Creation, When did you create these looters?
nextWhat are you Enterpreneuring?