Nigeria is the last one year; My take. 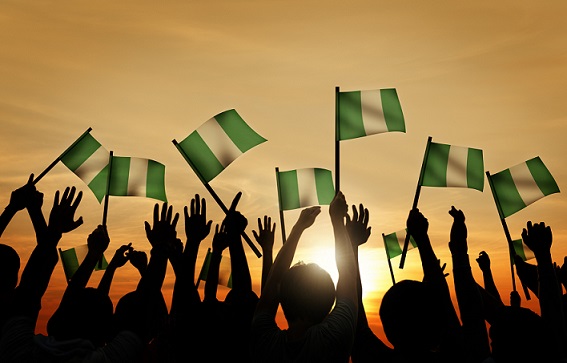 The 29th day of May every year marks the Democracy day in Nigeria; the Country whose green passport I jealously hold.

The present administration in the country was sworn in exactly a year ago. Prior to that time, the current ruling party and their opposition dished out tonnes of promises during their electoral manifesto.

If any of those promises were kept, by now, I should not have to purchase Fuel at 145 Naira per litre to run my generator almost every day, about 300,000 of Nigerian youths will still not be counted as unemployed, Kids in public primary schools would at least be sure of a meal per day in their various schools, the Boko-Haram terrorist group would no longer caption newspaper headlines, at least one of our four national refineries will be operational, the least of unfulfilled promises by our “politricians” is enough to write a book.

Obviously, the government both past and present have failed a great percentage of Nigerians who earnestly hope and wish that the current change dispensation was an actual change from the previous administration we had. Apparently, the only thing that changed was everything. What costed 10 Naira this day last year probably now cost between about 50 Naira. What a great changed.

The current administration have been branded with many negative tags.

This is a time when Crude Oil our major export has dropped far below the minimum benchmark price. To add salt to the injury, one of our major competitors Iran was let loose like a Alsatian Dog out of its cage; such a bad timing it is. As such,we no longer have the luxury of the cushioning effect of the over 100% profit we were making in the past.

This is a time when the Dollar our benchmark currency for international trades have decided to tag wings and fly up like an Eagle. Knowing fully well that up to 85% of the products and services we enjoy as a country are by and large imported; We import almost everything; Pencils, Books, Education, Food, People, Entertainment just name it.

The list of factors negating us as a nation is equally endless.

From where I stand, whatever strategy or should we call it tactics the present administration is running with is not looking progressive at least in the mean time.

I watched the President’s first media chat earlier in the year and if I am to make a painting of what I saw in that chat, I will paint the photo of a man whose house is on fire and instead of getting a fire extinguishing he kept pointing to the cause of the fire. That chat was nothing more than an episode of Presidential Blame-gaming.

In the coming days and year, If Nigeria must forge forward, we must as individuals and collectives leave the current defensive position we are playing as a nation.

We must make deliberate efforts to take our nation from the current state of consumption we are to a state where we not only produce for our own consumption but in excess for export to other countries.

We must conciously brand our nation has a self sustaining nation; not a nation who needs aids from the world greatest debtor countries or a country where everything else except the humans are made in China.

We must embrace a true state of Federalism; We must give each citizen the minimum viable freedom to be productive and enterprising in their own rights. Nigerians are known all over the world to be lucrative and enterprising. The average Nigerian is not asking for much. We are not asking for social security, neither are we asking for Medicare or Health Insurance. Give us the necessary basics; Give us Power to produce in our small and medium enterprises; Renovate the currently delapidated roads so it is easy to transport our products and services across geo-political terrains; Make the healthcare centers up to standard and offer us qualitative healthcare at a fare price.

Give the Nigerian the necessary basics and watch him transform into the one of the most productive humans on the face of the planet earth.

I am a Nigerian!