Muhammad Ali and other lessons 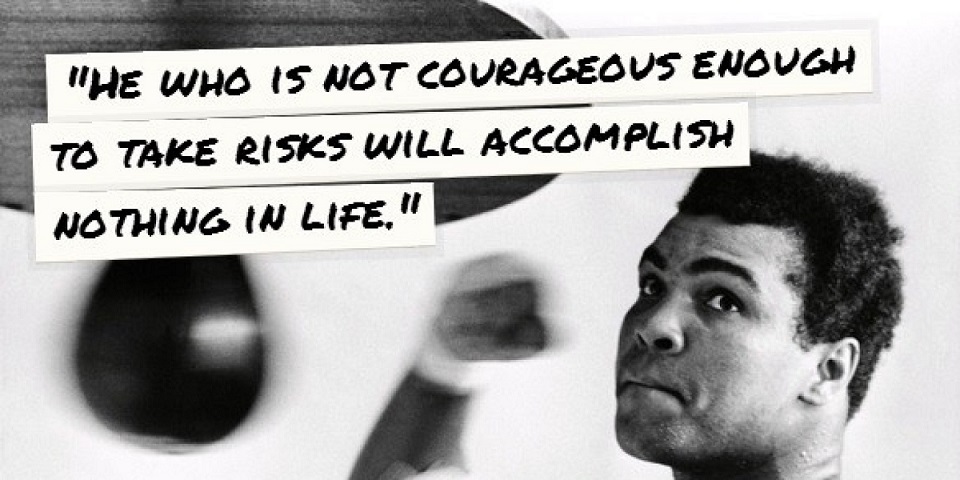 News came in today that the world had lost another legend.

Muhammad “The Greatest Ali” is dead at 74.

I remember as an adventurous kid, I had loads of super hero characters; Ali was one of them; I remember tying strips of clothes around my wrist as I “played” Ali during some of our plays.

When I heard the news of Ali’s death; two things flashed in my mind;

1. Nothing lasts forever; Not even “The Greatest” Muhammad Ali.

Life has many definitions, But I define life as the period and events between our Births(which we had no hand in) and our deaths which is inevitable. The fact that we were born is enough evidence to prove that we will die. Aint nothing gonna change that. The best we can do is MAXimize the period betwwen our births and deaths AKA Life.

2. Muhammad Ali could have decided to become a peasant farmer somewhere in the country side of the United States; He could have decided to become anything else asides from the greatest boxer he was, I guess he would probably have died today or some times earlier, the difference however is I will not be writing anything about Ali, peasant farmer, CNN would not have dedicated there entire broadcast today to “the greatest” Ali. He would have become whatever else BUT not Ali “the greatest”.

Technically, I do not think we are mourning Ali, we are celebrating a man who lived his life the best way he could have lived and left carving his name in raw gold on the sands of his time.

I join the rest of the world the celebrate Muhammad “the greatest” Ali.