My Findings on Money III : Who created Money? 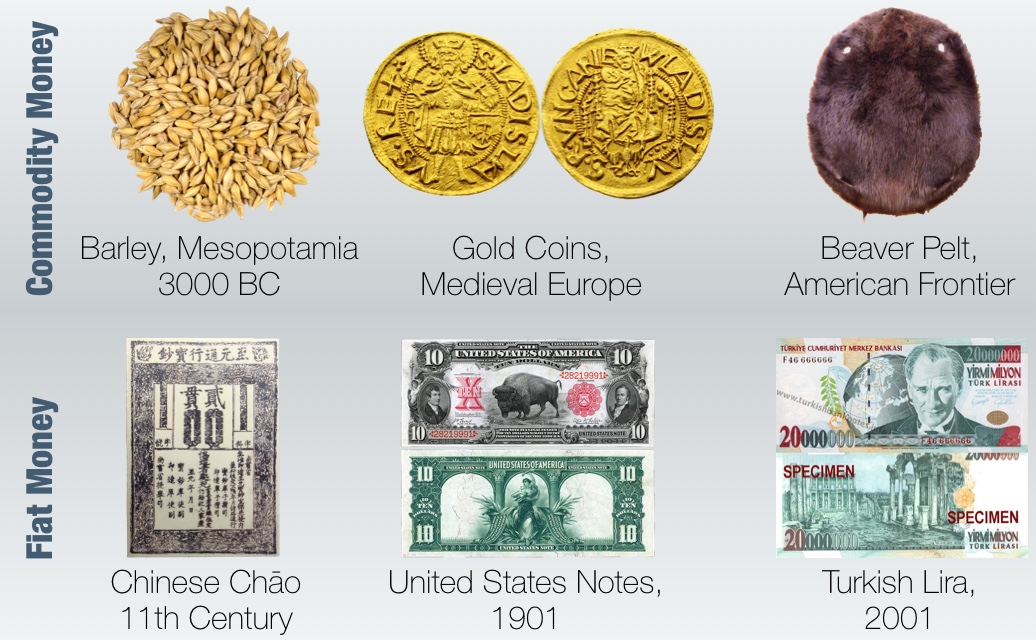 It has been interesting learning about one of the most interesting subjects in the world; Money!

The next article in this series was supposed to be about “How Money is made”, however, I thought we could use a little history to get a broader view of the subject matter.

So lets take a quick look at how Money came to be in the first place.

Who created Money? How did we start using Money?…

Let’s attempt to provide answers to those questions.

I am a practicing Christian and as a kid every account of the creation and origin of things tends back to the study of the Bible’s book of GENESIS written by Moses (even though I still have questions about how Moses managed to write about the creation process he did not witness…anyways, those are questions for another day).

According to Genesis, in the beginning, God created the heavens, the earth, plants, animals, humans and a lot of other things.

I have studied that book severally, but I did not see anywhere Money was mentioned.

AKA God did not at any point say “Let there be Money” so Adam and Eve can make transactions.

I would have proceeded further to see where Money first made its occurrence in the Bible, but, this is not a theological piece.. Your Pastor should know more about that.

So from the premise above, can we say “God did not create Money”.. well maybe he created the things we later came to use as Money but he did not outrightly create Money.. after-all, everything was free in the goddamn garden, why would they need Money? That was the Garden of Eden, they did not need to spend Money in there.. Just a natural Zoo and plenty of Fruits to eat.

That said, if God did not create Money, who did?

Well, I wasnt around when Money was created, unlike Moses, I will not attempt to write about something I did not witness.

Let us consult the online oracles,

If You will like a comprehensive and in-depth study on the history of Money, read theses articles

If You are like me and all You want to do is grab as many relevant information as possible, lets proceed.

As we already, Barter preceded the use of token-based Money or Currencies as we call them.

The history of bartering dates all the way back to 6000 BC. Introduced by Mesopotamia tribes, bartering was adopted by Phoenicians. Phoenicians bartered goods to those located in various other cities across oceans. Babylonian’s also developed an improved bartering system. Goods were exchanged for food, tea, weapons, and spices. At times, human skulls were used as well. Salt was another popular item exchanged. Salt was so valuable that Roman soldiers’ salaries were paid with it. In the Middle Ages, Europeans traveled around the globe to barter crafts and furs in exchange for silks and perfumes. Colonial Americans exchanged musket balls, deer skins, and wheat.

Due to lack of money, bartering became popular in the 1930s during the Great Depression. It was used to obtain food and various other services. It was done through groups or between people who acted similar to banks. If any items were sold, the owner would receive credit and the buyer’s account would be debited

In Politics Book, the Greek philosopher Aristotle contemplated the nature of money. He considered that every object has two uses: the original purpose for which the object was designed, and as an item to sell or barter. The assignment of monetary value to an otherwise insignificant object such as a coin or promissory note arises as people acquired a psychological capacity to place trust in each other and in external authority within barter exchange. The book in question was written in 350 BCE.

The first known currency was created by King Alyattes in Lydia, now part of Turkey, in 600BC. The first coin ever minted features a roaring lion.

Coins then evolved into bank notes around 1661 AD. The first credit card was introduced in 1946. Let me spare You the plenty history and explain it in linguas that You can understand.

This is what happened in my own words (from my initial biblical POV);

Adam and Eve were chased from the garden of Eden where there was “stew everywhere”, everything was free so they did not need Money. Adam then became a Farmer, started “tilling the ground” as the KJV puts its and rearing animals which his sons later took after him.

They soon began to need other things which they did not have and other people had (Yes, Moses’ spotlight was on Adam and Eve, I later found out there were other people around… or have You not asked who Cain married.. Who were her parents…leave that for your Bible study in Church).

Long story short, Adam and Eve started exchanging their farm produces for other things they needed AKA Barter..but they did not have the resources at that time to document it.. that was why the closest we heard about barter was until 6000 BC.. Barter had been going on before then.

Barter had it flaws so people began to device other means of exchange till we got the currencies we now have.

And currently, our currencies which are majorly regulated by some Central Banks also have their flaws, that is why we are opting for the more decentralised Crypto-Currencies based on the Blockchain technology… talk about the real “Power to the People”

That my friend is a short history of Money.

Remember, I am not an Economist or an Accountant, I am just sharing my learning experiences on the subject of Money.

See you in the next article.